“Low hours” and “only X amount of hours” are common tag lines thrown around in online advertisements when selling low hour boats, usually implying that it’s a good thing.

There is always two sides to every story. Inspecting boats everyday, I get the chance to see high and low hour boats, and the condition they’re actually in. As with everything, context always plays a big part. Just to clarify – I am not talking about new boats here. Sure, a boat less than 3 years old with low hours generally will be a good sign. But lets take a look at a 10-15 year old boat with 200-300 hours.

We’ve all seen the online ad that says “low hours” or “hardly used”. Hours on a boat is not the same comparison as kilometres on a car. If this was a car far from saltwater, in a garage away from the sun – you’d be onto a winner. Unfortunately, most boats live at a marina, on a mooring, or on a trailer. These environments make boats subject to long days in the sun, rain, salt and sometimes even hail.

Depending on where in the waterway the boat lives (usually closer to the outlet the more growth it will accumulate), the boat would have been growing barnacles on the bottom and being cleaned each year. For context, let’s say that the boat is a 2004 model sports cruiser, with 2x petrol/diesel engines fitted and 300 hours. You divide this number of hours by 15, and we’re averaging 20 hours use a year. This equates to 6-7 trips, between 2-3 hours each, every year. With that being said, most people will be all excited when they first buy the boat. They might do 100 or so hours in the first year, then it starts to sit. In its later years, it may be doing 15 hours or less a year.

How Does This Affect The Condition?

What does that mean in regards to the condition of the boat? Usually what I’ve found, is the boat has been so irregularly used. More often than not, the owner isn’t sure what does and doesn’t work. The mentality hits that “I’ve hardly used the boat, so I don’t need to service it”. Most manufacturers recommend an hourly schedule of maintenance OR time, for example: 100 hours or every year. The reason it’s so important to get it checked annually is because if your engine develops a small leak, or a bilge pump fails – you won’t know about it until it’s too late. The owner will probably continue to drive it for the small amount of time each year (15-20 hours) as usual, with saltwater splashing around everywhere.

The other factor to consider is the boat’s sun exposure throughout its lifetime, and all the birds/dirt/debris as well. Covers and clears will deteriorate, and if the owner has essentially forgotten about the boat, you’ll find that they’re much less inclined to reach in their pocket to pay to have it detailed or have work done to it.

From my experience, a boat with higher hours is often a little more loved and looked after. This is usually because the owner has been onboard using it. They will notice when the horn fails, the bilge pump stops working, or perhaps when the engine springs a leak. As hours on the boat increase, the owner is typically more inclined to have it serviced, detailed and anti-fouled each year. Although a boat like this might have double or triple the hours of a low hour boat – it will often be in better shape because everything has been started up, used and repaired as necessary. The saying “use it or loose it” really applies in this case.

Is it possible to wind the hours back on a boat? Yes, definitely. Let’s uncover this in a little more detail.

For anything new, such as Volvo or MAN diesels, it is very difficult to wind back hours as it needs to be done by a dealer. I’ve seen some instances where one engine has broken down, resulting in putting a significant amount of extra hours on the second engine. The dealer then increases the hours on the broken down engine to make the hours equivalent.

For older boats there are a few different scenarios. If analogue gauges are fitted, some run the hour meter only when the ignition is turned on. This can be a misleading, as often I’ve seen people tick up 10s if not 100s of hours from accidentally leaving the key on. Depending on the motor, if there is an ECU the actual hours can be read directly. This will help you know what the hours actually are.

Another scenario is where people completely replace the gauges, or run them backwards to lower the hours. In these cases, looking at the service history with the hours noted at the service time is the only chance of verifying the correct number of hours. Because there are so many other factors to consider in a marine environment, hours are not always the best judge of condition. Examples of these other factors might include water ingress and marine age.

The main limiting factor regarding high hours, is: how many hours is the engine realistically good for? Much like high performance cars, some boat engines are not designed to last forever. If a boat is 10-15 years old, 200-300 hours is most likely not enough. You would want to see that number closer to 500 or more for a boat of that age. Generally speaking, 1000 hours on a petrol V8 inboard putting out 350hp or more in a large sports cruiser (think 25ft or larger) has had a hard life. You will often find share syndicates off-loading around these hours or re-powering. Petrol outboards will usually last a little longer. Some commercial operators getting 2000-3000 hours out of their four-stroke outboards, but these are usually the lower HP models.

People often compare hours on an old boat with commercial operators. However, commercial boats do their hours quickly and early in the life of the engine. This means that the engine doesn’t get a chance for seals to dry out, salt to set in and further problems to occur. Their boats don’t achieve these higher hours without obstacles along the way, but if you try and put the same amount of hours on a low hour engine later in its life, you will usually run into more problems.

Are low hours on a boat better?

This depends on the age of the vessel. If the vessel is brand new, then yes, low hours are better. If the vessel is 5 years old or more, it is usually better to have moderate to high hours, as it is more likely the boat has been serviced and maintained. 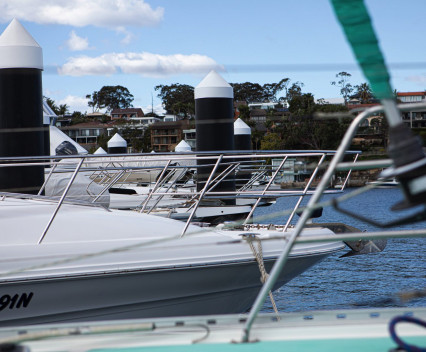 Do you need a Boat Survey for Insurance?

Do you need a boat survey for insurance? To answer that question, we first need to ascertain the age and use of the boat. Each insurance company will set their own guidelines so it's best to ask them directly, but as the industry standard, it is common practice for an...
Read More  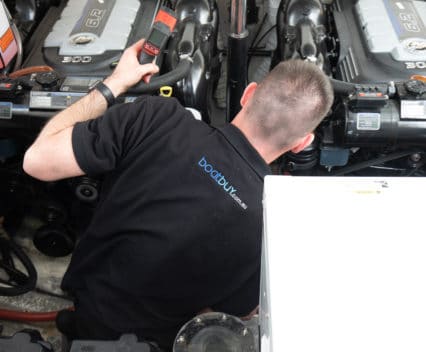 What is the Boat Survey Process?

If you’ve never bought a boat before, you’re probably curious to know the normal procedure. Do you need to put down a deposit? Do we need to slip the boat? Who pays for this? Do I need a survey? If you’re new to boating, it can seem daunting purchasing a...
Read More  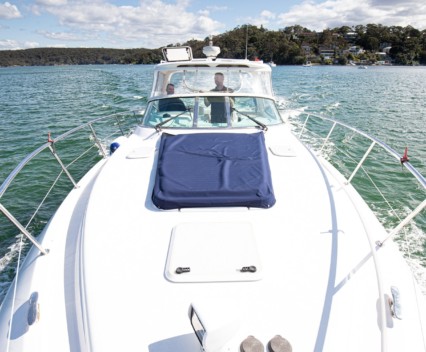 I Bet You’ve Made One Of These Boating Mistakes Before!

Getting out on the water on a new boat is exciting, but it can also be nerve wracking. With a long list of things to remember, it's easy to make little boating mistakes with costly consequences.  Here are seven common boating mistakes I've seen, including some I've done myself. Boating...
Read More 